It may not be something we like to think about, but getting older often means dealing with considerably higher medical costs. 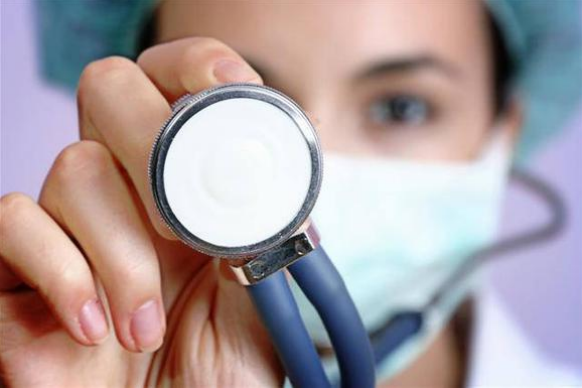 In 2008 and 2009, a mere 5% of Americans were responsible for nearly half of all medical spending, according to the Department of Health and Human Services. Furthermore, the top 1% accounted for almost 22% of spending by themselves. Older Americans are typically sicker than younger adults, meaning seniors are more liable to be stuck with big medical bills during their golden years.

It’s the prospect of these higher costs in retirement that compelled U.S. lawmakers to create Medicare back in 1965. Medicare has evolved quite a bit over the past 50 years, but its mission remains the same: to help cover the medical expenses of seniors aged 65 and up and protect long-term disabled Americans.

Seniors have a lot of important decisions to make before they retire, and one of the biggest is whether to enroll in original Medicare — which covers Part A (hospital insurance) and Part B (medical/outpatient insurance), and allows seniors to purchase Part D (prescription drug plan) — or a Part C plan, better known as Medicare Advantage. Today, we’ll take a look at three reasons why enrolling in an original Medicare plan might be the best choice for you. 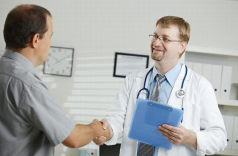 There are a number of reasons why original Medicare is popular among seniors, but I suspect its popularity persists because the chances are pretty good that your primary care physician, or PCP, is within your network. Medicare is a nationwide federal program that nearly all doctors and hospitals accept, meaning that your chances of being covered should you need eligible medical care are very high. Alternative plans, such as Medicare Advantage, are offered through private insurers, and their networks are naturally much smaller and potentially prone to changes from year to year. Long story short, if you don’t want to risk losing your PCP, then original Medicare is probably your best option.

Secondly, if you have a chronic condition that could require specialized care, original Medicare may come in handy. The reason is that you don’t need a referral to see a specialist under original Medicare (partly because nearly all doctors and hospitals accept Medicare). A Kaiser Family Foundation study released in 2015 showed that 93% of physicians accept Medicare, compared to 94% who accepted private insurance. By comparison, Medicare Advantage plans, which have narrower networks, almost always require patients to get a referral before they see a specialist. 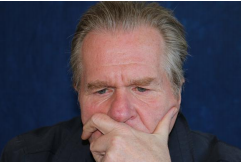 Finally, with original Medicare you get ample options when it comes to drug coverage and supplemental insurance. The allure of Medicare Advantage plans is the choice consumers have to bundle their coverage, but original Medicare gives consumers choices as well. Private insurers contract with Medicare to provide prescription drug plan options that consumers can peruse to select the one that’s perfect for their needs. Medigap, or supplemental insurance policies, also exist to help consumers cover some of their out-of-pocket expenses. There are 10 Medigap plans in total, and you’ll want to look closely at what each covers to ensure you’re getting the best bang for your buck.

Some points to keep in mind
Among the 48 million people eligible for Medicare (about five in six of those being seniors), original Medicare remains the plan of choice for about 70%.

However, Medicare Advantage continues to grow in popularity: Just 13% of eligible beneficiaries chose Part C plans in 2005, and 30% did so in 2015. The reason is that original Medicare has a few shortfalls that enrollees should be aware of (and that Medicare Advantage can potentially resolve).

Original Medicare plan doesn’t generally cover regular vision, dental, and hearing care. There are a select few exceptions in Part A and Part B coverage, but this is far from the norm. If you’re looking to get annual vision, dental, and hearing care, then you’ll probably need to purchase a plan from a private insurer or consider a Part C plan, which may allow you to roll these services into one encompassing plan.

Another disadvantage of original Medicare is that it doesn’t cover drug costs. As noted above, consumers have the option of purchasing a Part D prescription drug plan under original Medicare, but this is completely separate from Part A and Part B enrollment. Under Medicare Advantage plans, drug coverage is usually included in a single plan.

In sum, getting your ducks in a row can be a bit more complex under original Medicare.

The final downside of original Medicare is that if you choose not to purchase a Medigap plan, you could be responsible for up to 20% of Medicare-approved costs for outpatient care. Sometimes injections done in an office  setting with eligible durable medical equipment qualify under Part B, which means you could be on the hook for 20% of the cost of drugs that run upwards of $100,000 per year — the lesson being that original Medicare could hit you with unexpected costs if you don’t do your homework.

Is original Medicare the right plan for you? The answer will vary from one person to the next, but there’s little denying that original Medicare has been instrumental in ensuring seniors get the medical care they need without having their retirement savings bled dry by medical costs.

The $15,978 Social Security bonus most retirees completely overlook If you’re

like most Americans, you’re a few years (or more) behind on your retirement savings. But a handful of little-known “Social Security secrets” could help ensure a boost in your retirement income. In fact, one MarketWatch reporter argues that if more Americans knew about this, the government would have to shell out an extra $10 billion annually. For example: one easy, 17-minute trick could pay you as much as $15,978 more… each year! Once you learn how to take advantage of all these loopholes, we think you could retire confidently with the peace of mind we’re all after. Simply click here to discover how you can take advantage of these strategies.